Our chocolate bars give you the chance to taste chocolate in its pure state. Each bean variety gives its own unique taste to a chocolate. Our chocolate is made with a cocoa butter base and no other plant ingredients. You can compare their different characters and flavours according to their place of origin : 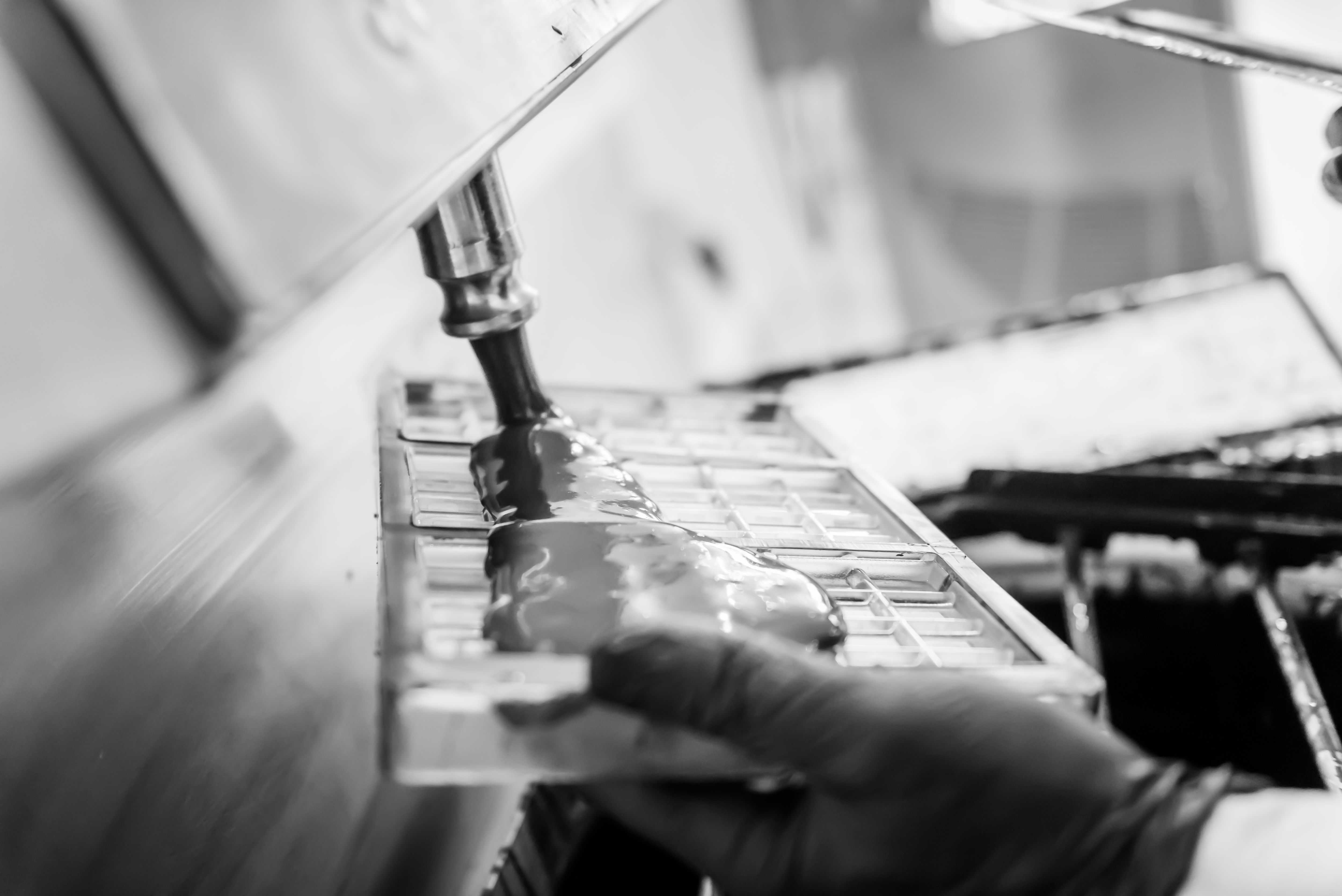 Brazil is one of the birthplaces of cocoa, historically speaking. A huge cocoa producer since the 18th century, Brazil saw its plantations ravaged by a number of diseases in the 1990s, cutting its actual production by half and making cocoa beans a rare commodity on the European market.

Passion Chocolat favours the “Bahia Superior” cocoa bean, which is a fine example of the wonderfully distinctive Brazilian cocoa.

This cocoa bean has flamboyant and vibrant aromas. When tasting, what’s notable is not so much its long finish but its intensity and density. The base notes of this cocoa are warm and unpredictable, with liquorice tones. Tasting also reveals spicy gingery top notes.

There are many cacao tree plantations in the Caribbean (Dominican Republic), but few which have perfectly mastered the art of cocoa-bean fermentation. This is why the exceptional “Hispaniola Superior” Trinitario cocoa bean grabbed our attention.

Slightly astringent, the flavours of this cocoa give it great purity, worthy of a high-class chocolate and offering rich notes of liquorice, pepper and nutmeg.

The cocoa beans from this country are notable more for their quantity than for their quality. Indeed, the beans tend to be quite bitter. However, within a milk chocolate, this characteristic becomes a desirable quality. The bitterness of the bean cuts through the blandness of the milk and sugar.

In a milk chocolate made from these African beans, the cocoa and milk flavours complement each other perfectly. With little sugariness, the bitterness of Ivory Coast cocoa serves as a good base for some original flavours with base notes of dainty pastries.

When tasting chocolate made from these cocoa beans, their remarkable aromatic character shines through. Citrus notes are immediately noticeable in the mouth, with a particularly pronounced lemony flavour.

Right in the middle of the Pacific Ocean, this remote island is full of unique character. Its cacao plantations grow on fertile volcanic soil where Trinitario beans are cultivated.

The remarkable originality of this chocolate is immediately apparent through its dense texture which opens out with fresh herb, leather and earth notes.
It is an insistent and aggressive chocolate but one which is also harmonious and sensual.

Venezuela has been producing remarkable cocoa beans since the 15th century and has some real gems. We have selected a Criollo bean, the “Carenvero Superior”. It carries the quintessential aromatic qualities typical of this variety.

The dark chocolate made from this Venezuelan bean really showcases the full aromatic range of this highly distinctive cocoa. Its structure is subtle rather than robust, with flamboyant spicy and floral notes.
Its flavour has a marvellously long finish, concluding with the lightest hint of acidity.

Our other types of chocolate bars

Discover also the rest of our assortment :

Come and taste our chocolate bars at the Passion Chocolat sales points in Sablon and Woluwe-Saint-Pierre (Brussels) !